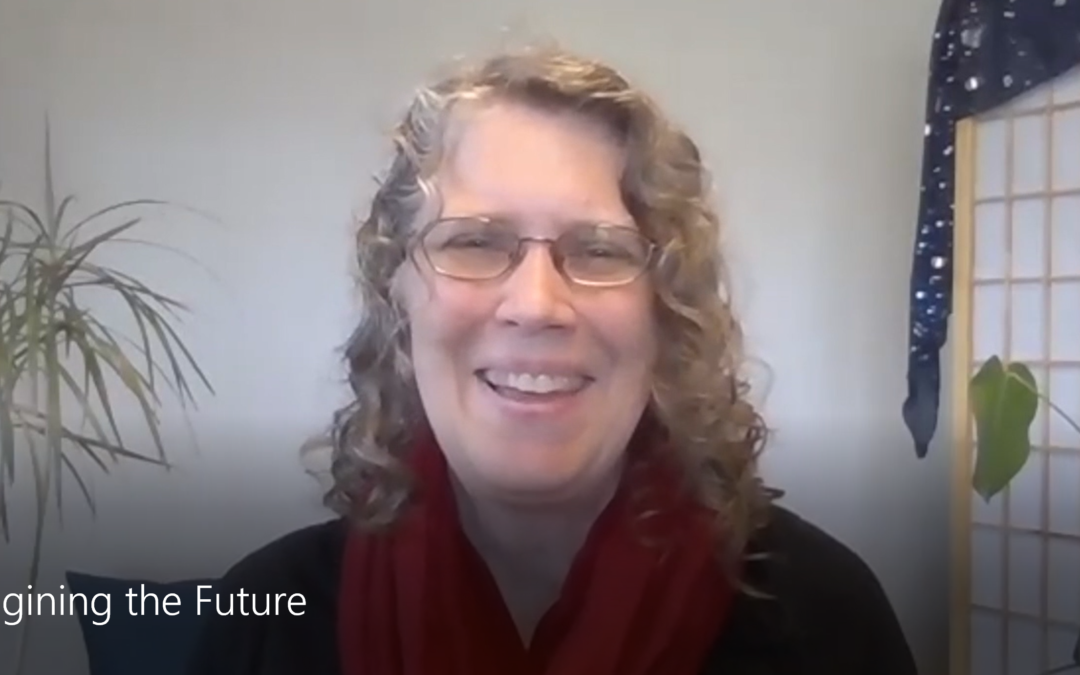 Transcript of Imagining the Future with Marina Ormes

I am all about using the tool of astrology to help us understand the bigger picture of what’s going on in the world, why it is happening, what it is inviting us to do, and how it is part of our bigger picture of healing and evolution.

We are living in times of change and as I record this we are certainly in the midst of some significant changes. We are seeing nationwide protests and rebellion, and people showing up in support of Black Lives Matter and racial justice.

The beautiful thing is that the tool of astrology can help us see the bigger picture so we can be more clear in our actions and intentions. We don’t need astrology to know that that emotions are high right now, we can tell that just by being human and somewhat engaged. But we can tell from astrology what the nature of some of those feelings are, as well as the opportunities that we have before us right now.

In particular, we have the planet Mars coming up toward Neptune. Neptune is an outer planet?it is very far away from Earth and it moves very slowly through the zodiac. Mars moves more quickly because it is closer to earth. So Mars approaches Neptune about every two years. This time in particular Mars is in Pisces, Neptune is in Pisces, and we are also heading into two very potent eclipses.

The energy of the June 5 Lunar Eclipse in Sagittarius is the energy of of transformation in terms of our beliefs. We have this feeling of a sort of building to the boiling point of some themes that have been present for very long time. Of course it’s a combination of the different factors that are present right now: the pandemic and sheltering in place, the changes that we have to maintain, the social distancing, the uncertainty in our political systems, and the breakdown systems across the board.

This Lunar Eclipse and the particular alignment of planets that we have is telling us that it’s time to get beyond old stories. When we are engaging in civil disobedience or rebellion or whatever it is that you’re fighting for, working toward, and standing for?these are all things that are important right now. It’s important to choose where you stand and who you are.

As we work toward those things let’s keep in mind that who we are is moving into a new story, a new story for humanity? and that story has not yet formed. We’re in the breakdown phase. We?re in the phase of the destruction before the rebirth and things feel uncertain, they are falling apart because we are getting ready for a new rebirth.

We don’t know what that rebirth will look like yet. There’s lots to talk about, but what I want to focus on right now is that during this time that we need to think outside the box. We need to think about things not just as, you know, ?I can’t believe racism is still here after hundreds of years? and ?why are we still fighting the same battle fought over and over and over again.? We are tired and exhausted and it just feels like having the same the same battle, fighting for the same things and not making any progress.

The whole point is that when you keep bonking your head against the same issues, you don’t get what you want? where you just repeat the same thing, the same pattern over and over. It’s the same thing with our ways that we’re engaging with society. We need to think outside the box, we need to shift who we are being when we show up for these for these arguments, for this battle. We need to imagine, really imagine, the unity that were trying to create.

We need to put ourselves in other people shoes. We need to imagine a story of all of us getting along. We need to imagine common ground, creating systems that are fair and systems of justice that hold the framework of equal opportunity, of kindness and compassion, of fairness.

This will help us really step into what human beings are capable of which is a very high level of creativity and innovation. We?re heading toward a more innovative way of being. Right now we’re in it. We have to experience the breakdown of our systems that we have relied on for so long because were entering a new era where things really are just and we have to imagine ourselves growing and adapting with what is emerging so we can create positive change.

Let yourself imagine a new future. Notice where you have thoughts or beliefs that hold you back, that keep you down. Pay attention if you have a thought like, you know, ?I’m not good enough,? ?I cannot achieve anything here anyway,? ?they?ll never listen,? or ?nothing ever changes.? Or if you have a belief system that you can’t find common ground, that so-and-so is your enemy, and there’s no possibility of reconciliation?

What I’m saying is that we all have those thoughts and beliefs sometimes, but they prevent you from opening to new possibilities, to the possibility of finding common ground or solutions that do work, that do take us to a new place. In this new place we could create the outcomes Martin Luther King imagined and that all of us have imagined or can imagine if we take the time to take a step back into the bigger view.

Imagine the things you want to create. Imagine yourself?what would be your role in that world, in that scenario. Who would you be? How would you be taking a stand, speaking out, or being yourself? It might be common everyday things as simple as you wouldn?t be afraid to speak up if somebody is making a racist comment or joke. It might be that you would feel more comfortable being yourself in certain situations. It might be that you would feel supported in taking actions that that move the needle, that push things into a new direction of greater kindness and compassion.

It’s not about some airy fairy lala land. It is about things that real human beings can really do in the real world. So start to imagine and think about what that might look like for you. That’s what the planets are inviting us to do because this is the very beginning. This is the very beginning of creating a new path forward and it’s only limited by our capacity to imagine and believe in a future that looks the way we want it to.

Thanks so much for sharing this time with me today and check out the website astrologyheals.com. My books are all about the stars and the planets and how they reveal a bigger picture of our human healing and evolution. Until the next time, thanks for watching.

If you enjoy this video today and you’re looking for more you can find plenty of my videos on my Facebook page and on my YouTube channel. See you there!