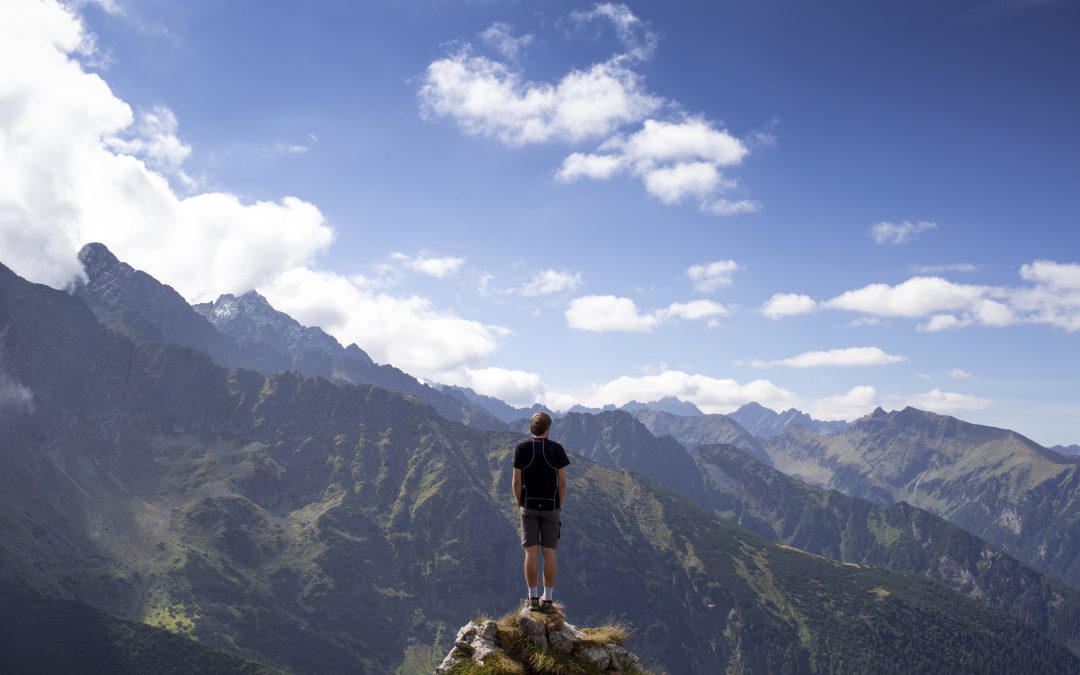 Astrology confirms we live in challenging times. Will 2020 bring annihilation or transformation?

I was 12 years old in 1980 when Ronald Reagan ran for and was elected president of the United States. Even at that age I had a profound sense that what was happening was not good. There were predictions even then about what would happen if his sickeningly untrue theory that “trickle down economics” would be good for everyone were to guide government and its decisions.

There was a very specific feeling in the pit of my stomach during that year (1980) that I do not recall feeling again until, oh, I think it was November 8th, 2016, the day Donald Trump was elected president of the United States.

Only in 2016 that feeling was much stronger. It was fear. Deep, nauseating fear. Existential fear for me, my family, my community, people everywhere, beings and species everywhere, and the planet itself. It was a feeling that societal breakdowns would get worse and my children may not have a world to grow old in.

In both cases—1980 and 2016—a conservative Republican won the last U.S. presidential election prior to a Saturn-Pluto conjunction.

My own political bias is showing, so by now you either agree with me or have probably stopped reading. And while some conservatives may have been celebrating at the same time I was trying not to lose my lunch, many of them experience an equally emotional reaction, angry or fearful, about what the liberals are doing to them.

But this article is not a political article. It is an astrological one, through which I intend to show you why the world is not likely to end, and why this time period, and my nauseated fear feelings, are a gift.

While both planets have positive qualities that I will get to soon, together they can potentially be a fearsome combination. Saturn is the planet of restriction, limitations, awareness of mortality, and authority (including authoritarianism). Pluto is the planet of death, abuses of power, descent to the underworld, and annihilation.

The rise of the Nazi party in Germany, the Vietnam war, and the World Trade Center terrorist attacks all took place during the opposition between the two planets, the midpoint in the cycle.

In short, there is good reason to be afraid as we now find ourselves in the period of the next Saturn-Pluto conjunction. The conjunction lasts throughout the years 2018 through 2021 and will be exact on January 12, 2020. The conjunction comes within 3 degrees in April and May of 2019, the closest it gets until late December 2019.

Additionally, this time the conjunction will take place in Capricorn, the sign of the zodiac that is ruled by Saturn and further tightens the feeling of restriction and powerlessness. It has meant and will continue to mean plenty of ongoing restrictive Capricorn energy in addition to the regular inner planet transits. I’m working up to the good news, but indulge me for a moment while we descend into the underworld of dark possibilities first.

The fear in the pit of my stomach is, of course, grounded in reality. With climate change, the decline of U.S. democracy, and the ways we have mistreated and polluted our planet and its resources, there is plenty of truth (Pluto) to confirm we’ve reached the end of the road (Saturn).

All the astrological indicators are there for a controlling, abusive, authoritarian symbol of patriarchy (conservative older white male) and his supporters to take over power and convince enough of us that they are right that they can get away with it.

Or maybe there’s more to the story.

The thing about Saturn is that it deals with reality. Hard, cold reality. But if you think about it, reality is one of the best motivators. Reality makes demands of us. How we respond to reality determines who we are.

Saturn is a powerful teacher. Through bringing us challenges, it brings us mountains to climb. But the reward at the summit is worth it all. It teaches us who we are and what we are made of. Saturn teaches us not only how to survive but also how to achieve great things if we are willing to learn how to overcome the challenges we find along the way.

With Saturn, the lessons must be hard, real, and dealing with limitations or finality. It is only through that adversity that we will be motivated to create new systems, structures, and plans that can support and maintain not what we were, but what we are becoming.

The positive qualities of Saturn are strength, determination, discipline, and groundedness. Saturn brings a sense of responsibility (responsibility = the ability to respond) that can create new stronger and more sustainable systems and structures.

Pluto is about death, but it is also about rebirth. It is the phoenix rising from the ashes to live again, more whole and in alignment with the soul’s truth. Pluto is transformation. It is speaking your truth and healing old wounds to step out of victimhood and into empowerment. It is the ability to take back power from the experience of abuse, oppression, or betrayal.

When Saturn and Pluto come together there is a powerful opportunity to dismantle and completely revamp corrupt and unsustainable systems and structures. There is a huge window to consciously co-create new forms that can hold what we are becoming as we learn and grow.

I recently made an off the cuff remark with my students that Pluto is not like getting the rug pulled out from underneath you, it’s like having the whole floor disappear. It can be quite disorienting and instill an intense feeling of vulnerability—as though you don’t know which end is up or what to do.

But ultimately you recognize that you get to build not just a new floor but a whole new building (a better building with a better floor) on your terms. And while the Saturn energy can make the whole process feel more frightening and real, ultimately it wants us to reach the summit and feel that sense of accomplishment.

There is a way through. We just have to find it. Of course in many of the historical scenarios mentioned above, real people lost their lives and families lost their loved ones and that trauma gets passed down through the generations. So it takes real strength and commitment to healing to keep going. But we need to. The world needs us to.

The ability to respond combined with the opportunity for rebirth? Actually, maybe it’s not so terrible after all.

Gavin DeBecker wrote a book called The Gift of Fear, in which he shows us how our fear signals us to respond in ways that can protect us and keep us safe. That is Saturn in action. Fear is a gift because it is communicating that we need to wake up and get to work.

In the early 1980s there was fear running through the collective. When the movie The Day After came out in 1983 the collective fear of nuclear annihilation was palpable. There were days when scary stories on the news and in everyday conversations felt so real that I didn?t imagine humanity could ever survive with nuclear weapons on the planet.

Also in the period from 1980-1983, the way the AIDS epidemic and the first stories about climate change were portrayed in the media were similarly terrifying. They were terrible, tragic, and felt unsurvivable for the human species. Many of my peers didn’t imagine there would even be a 2019. And yet here we are.

The devastating effects of climate change in the news today feel real but so did other human extinction scenarios. Climate change is, of course, real. But it needs to be real because it needs to motivate us. The truth is we are dealing with an equally powerful opportunity for annihilation or transformation.

I now see that fear in the pit of my stomach in November 2016 was an invitation to learn what I am capable of. In the past 2.5 years since then, I have learned and grown in ways I could never have imagined. I have begun to see my fear as the doorway through which I can become more fully myself, powerful and capable of creating what needs to be created.

Life is temporary, and nothing is guaranteed. If I can embrace the paradox that by accepting my limits, they no longer limit me, then the Saturn-Pluto conjunction is an undeniable gift.