What is an Eclipse? 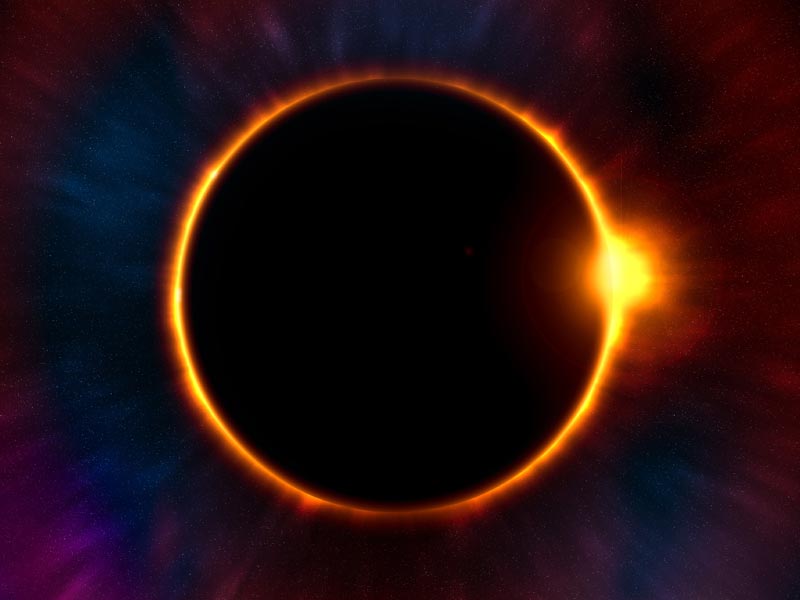 To some, it may seem obvious how eclipses form, to others it remains mysterious. If you are in the latter category, perhaps I can shed some light on this shadowy phenomenon.

A solar eclipse occurs when there is a New Moon in the same plane as the Earth?s orbit of the Sun (the ecliptic). A lunar eclipse happens when the Full Moon falls in this plane. New and Full Moons occur when the Sun, Moon, and Earth are in a line. During a New Moon, the Moon falls between the Sun and Earth, which makes the Sun and Moon conjunct (together at the same point) in the zodiac. During a Full Moon, the Earth is between the Sun and the Moon, which makes the Sun and Moon in opposition (180 degrees apart, or opposite) in the zodiac.

Incidentally, since we do not see the Moon during a New Moon, an eclipse is proof that it actually exists during this time. This was a very significant fact to our ancestors, who had no other confirmation that the Moon continued to exist when they could not see it.

In astrology, eclipses are recognized as potent times of transformation. This may be because of interruptions in magnetic and other energy fields, or it may be because the feeling of alignment awakens a primal connection to the mystery of life inside of us. Either way, we notice a palpable shift in what we experience or how we experience it that can last for months after the eclipse itself.